VAN BUREN COUNTY — In her 27 years with the Upper Cumberland Human Resource Agency, Karla Hillis has held many titles. Now, after 23 years as the Director of UCHRA’s Van Buren County Head Start, Hillis has announced her plans to retire next month.

It all began in 1992. Hillis, a first-time mom, was serving on the Head Start Policy Council at the inception of the program in Van Buren County. Hillis began her career with UCHRA and the Van Buren County Head Start in 1993 as a Teacher Aide; quickly climbing the ranks. She became the Health/Disability Coordinator in 1994, receiving additional duties as Center Supervisor in 1995, and being named Interim Director of the facility before officially becoming the Van Buren County Head Start Director in 1997. Through the years, all three of Hillis’ children attended the program.

“(They) all graduated in the top 10 of their class,” Hills said of her children. “I feel their success is in part, their exposure as well as mine, in the process of education (through head start).” 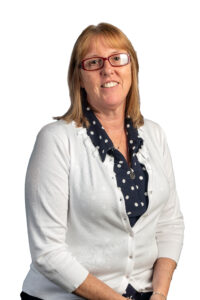 “The number of children served has remained the same but the quality of services has increased over time,” Hillis said of changes she’s witnessed over the years.

Higher quality standards in early childhood, determined by the Office of Head Start, Tennessee licensing requirements, and the National Association of Education for Young Children (NAEYC).

Under Hillis’ leadership, the program became the first to participate in the State Star Quality report card system. The facility also became nationally accredited and has maintained accreditation from NAEYC.

“The program has raised itself to meet every standard and (we) are very proud to be known among our peers as a program of high quality,” Hillis said. “We are proud to be a Three-Star Facility as determined by the State of Tennessee licensing.”

After decades of meeting and exceeding goals, there’s a new objective on Hillis’ list — specifically, spending more time with her grandchildren. Her second grandchild is due to arrive in November. Hillis plans to remain on the UCHRA roster on a part-time basis as UCHRA moves toward bringing its proposed Early Head Start Program to life.

“(I) am in love with the opportunity to spend more time with them,” Hillis said of her grandchildren. “Head Start will always be a love for me and I will be an advocate for many years to come. I have many friends in the Head Start community, in the Agency, and employees in the program and feel blessed to have had this opportunity and the very fond memories that will last for many years after I retire.

“I would like to add a ‘thank you’ to Ms. Phyllis Bennett for the leadership she provided; Keith Garrett, for his mentoring me in my early years as a Director; Rebecca Harris, for her guidance as I grew as a Head Start Director; and Cheryl Davis, for words of wisdom in my last years with the agency,” she added.

“I hope I am remembered as a Head Start advocate, my passion for Head Start and for providing high-quality services, the love I have for the children and families we serve, and by some a true friend.”

About Upper Cumberland Human Resource Agency: The Upper Cumberland Human Resource Agency (UCHRA) was established by the Tennessee General Assembly in 1973 to be the delivery system for human resources in the fourteen counties of the region. The programs operated by UCHRA initially included job training and transportation. During ensuing years, the UCHRA has expanded to supply a wide range of services that use a combination of funds from federal, state, and local organizations.